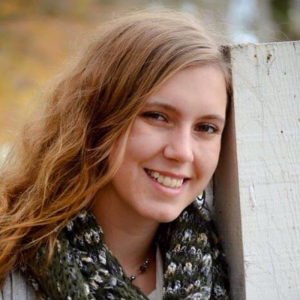 Thank you, Targeting Excellence Sponsors, Board, and Committees for your support in furthering my education so some day I can, like many of you, further the food animal industry and promote agriculture.

Growing up, my grandparents had a small butcher shop that they ran during deer season. They also owned a few beef cattle at a time for about a decade. Being an Animal Science major, Business Option, I have seen many different aspects of the animal agricultural industry from a learning perspective. Because of that, and my grandparents’ lifestyle, I was led to the career I am in the process of pursuing.
I have found that I would like to pursue a career in the meats/proteins industry. This summer, I have an internship at Cargill in Dayton, VA, where I’ll be an Operations Intern. I applied for this position hoping that I would gain a better understanding of a different part of an industry I haven’t been around very much. I’m also hoping to ensure that this is the career path I want to spend at least the next several years pursuing. If it does work the way I’m hoping, I would like to end up at either Cargill in Hazleton or Wyalusing PA. Both are within driving distance of home, and will allow me to own a farm of my own as well.
In addition to my potential career with Cargill, I would also like to raise a small beef herd and a few horses at home. I’ve always had a passion for raising livestock, and I used to help my grandparents as much as I could as a kid. That hasn’t changed; I’ve also spent time working with cattle on the Penn State Dairy and as a barn hand at Centre Stables since starting at Penn State. Because of this, I know how much work it takes to keep an operation going even though I didn’t necessarily grow up on a farm.
With these career goals, I would see both ends of the food animal production. I would be raising the cattle, and I would be converting the farmers hard work into case ready products— two very important parts of the industry.